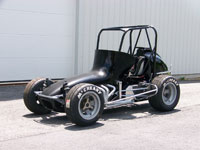 Edmunds Autoresearch of Anaheim, CA produced more than 600 race cars, including midgets, sprint cars, championship cars, and formula racers, from 1963 through 1981. Only three of these famous cars were three quarter midgets. The car above is now on display at EARHS and is the first of the run. It bears dashplate C-TQ-1, signifying the first coil-over three quarter midget produced. 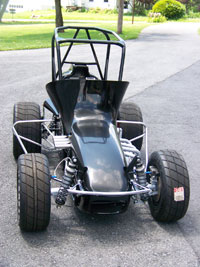 Edmunds used his current (1980) coil-over midget design, reduced the wheelbase by six inches, and produced a three quarter midget which proudly takes its place in the family of Edmunds racecars famous their performance, craftsmanship, and appearance. 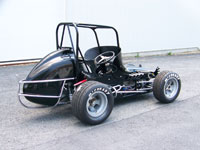