Crise had pitched the idea of building a midget auto racing track on the site of the old ball diamond to park owner, Bob Plarr, for the 1939 season.  Crise was actively promoting midget racing at a number of other sites in the east and knew what needed to be done to produce a successful program at Dorney.  Crise helped design the track, brought top midget drivers to the Allentown speedway, and ran successful open cockpit programs before and after World War II.

When the midget racing phenomenon waned in the early fifties. Crise successfully introduced stock car racing to the fifth mile asphalt bullring.  The slam-bang stock car programs became very popular, eventually relegating the open cockpit racers to 'visitor status' and cultivating their own legion of rabid Dorney Park stock car fans.  Under Crise the Park was home to modified stock car racing, eventually under NASCAR sanction, and attracted visits from national stars, including '52 and '53 NASCAR modified national champion, Joe Weatherly, and some of the finest local talent as well.

At the end of the 1955 season, NASCAR was unhappy with its members supporting events not sanctioned by the Florida body.  NASCAR members who signed into the pits at Langhorne's Race of Champions and had been running 'elsewhere' were fined and suspended.  Word spread along the line leading to the pit shack and many NASCAR members signed in under rather colorful names to avoid fines and suspensions.

The LVSCRA quickly took control over a substantial number of cars and drivers to the point 'Red' Crise was unwilling to buck the new group.  Crise was content to collect the Dorney Park gate receipts, pay the new group their percentage, and be done with it.  Besides, he was able to pocket the NASCAR sanctioning fees and other costs.  The other promoters were also glad to have LVSCRA run the show, since the organization guaranteed them a nice field of cars each week.

On Saturday night, October 27, 1956, the LVSCRA held their first banquet at Castle Gardens on the lake at Dorney Park, site of many high school proms, the annual Sportsman's Show, and numerous banquets – it was considered a classy spot.

All went well until August of 1959 when local favorite, Tommy McAndrew, was disqualified on Friday night at Evergreen for rough riding.  The LVSCRA penalty was to be set down for two races – the NEXT two races.  McAndrew was in the pits at Dorney the next night and rolled onto the track for his heat race.  'Red' Crise was not going to lose a top draw because of an infraction at another track!  Racers began to load their cars, Crise refused to back down, and modified stock car racing ended at Dorney Park that night.

Crise tried to run a few races with the novice class, but there was no support from the fans.  He then switched to Sunday afternoon go-kart racing, but there was no money to be made with the go-karts.  Crise was ready to drop the Park and move on to his other promotions and Dorney officials also thought it was time for a change.  To replace Crise for the 1960 season, they contacted Jerry Fried, the organizer of the successful Sunday night stock car programs on the dirt half mile 'just up the road' at Nazareth.

Instead of bringing his modified division to the Park, Fried invited his second division of stock cars, the strictly stocks, to become the Dorney Park headliners.

Everything worked like a charm.  More local cars and drivers brought more fans to the Saturday night shows.  The cars were just a tick slower than the modifieds, but looked essentially the same, and no one noticed.  The class was also cheaper, which attracted even more local competitors.  At the end of the 1960 season, Don Hersh, a local racer from Quakertown, PA and his red '37 Ford sedan were crowned champions. 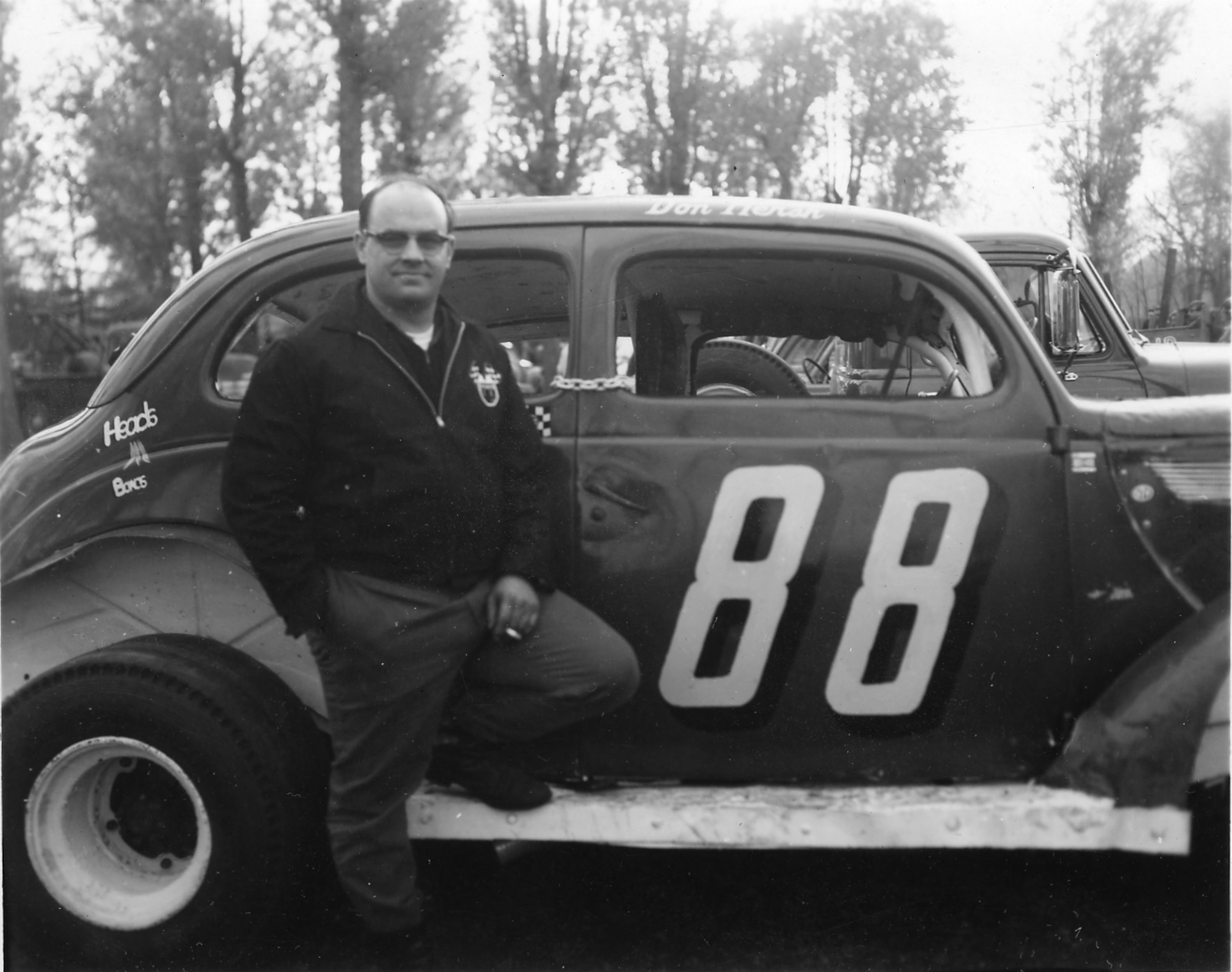