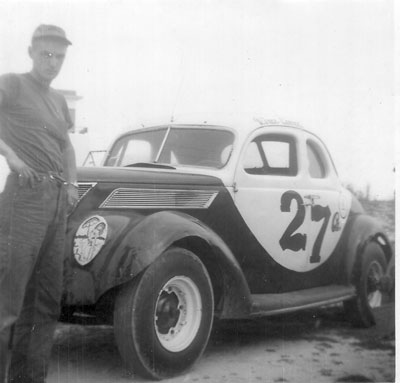 Vince Conrad on the beach course at Daytona, 1956

Vince Conrad, the leader of the ‘Kutztown Gang' of budding race drivers who forged driving careers in the late 1940s and early 1950s and put their names into eastern and national stock car record books, died on Sunday, May 8th, at age 84 after suffering a heart attack days earlier.

A U.S. Navy veteran of World War II, Vince began his racing career at venues such as Zellers Grove and Hilltop Speedways near Lancaster, PA before his father got wise to the unauthorized use of the family sedan.  Vince graduated to the roadsters by cutting up a Model ‘A' Ford sedan and adding a roadster tail to create the ‘roadster' he raced at Zellers Grove and Williams Grove with the stars of the day, including ‘Red' Dieter, Charley Feltenberger, Bobby Roland, Pat Patterson, Harold Held, Clarence Prutzman, and Mel Kreiser. 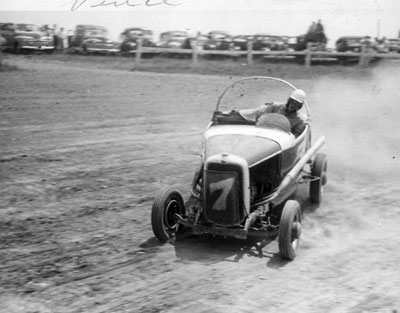 By 1950 Vince switched to modified stock cars, able to secure rides with some of the best local owners, including the Jones Brothers and Bob Miller.

In 1953 Vince won the point championship at the NASCAR sanctioned Dorney Park Speedway in Allentown, PA.  His prowess on the tiny 1/5 mile asphalt earned him a guaranteed starting spot in the NASCAR modified/sportsman stock car event held in February on the beach at Daytona, FL.  A four-mile course using both lanes of Highway A1A heading southbound and a northbound return on the Daytona Beach sands pitted Vince against some of the best modified stock car drivers in the nation.  He competed at Daytona each February, later driving for Delaware contractor, Mel Joseph, and eventually finishing 7th in the final beach event in 1958, just ahead of Frankie Schneider, Ralph Earnhardt, Ned Jarrett and a host of stock car and open cockpit stars of the day. 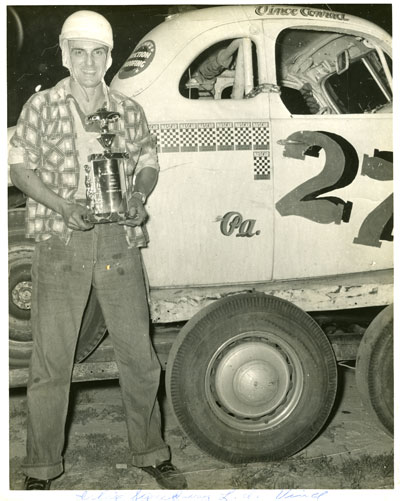 Throughout the 1950s and into the 1960s Vince traveled the eastern seaboard in search of NASCAR sportsman division points.  On asphalt Vince competed on tracks like Islip, NY, the Polo Grounds in New York City after the NY Giants left town for San Francisco, Wall Stadium, Old Bridge, and the Trenton mile in New Jersey, Philadelphia's Municipal Stadium, Wilmington, DE, and Bowman Gray Stadium in Winston-Salem, NC, just to name a few.  When NASCAR points were available on dirt, Vince was also in the lineup, racing in Delaware at Dover, Georgetown, and Harrington and in New Jersey with Alcyon and Flemington his favorite tracks.  Vince often drove his own equipment, flat-towing from his home base in Kutztown, PA, but also scored wins in the #57 owned by Walt Lyons and brothers, John & Joe Duffy, knocked off eleven main events in a row in Mel Joseph's #49 on Friday nights at Georgetown, DE, and racked up points and wins for a number of other owners as his schedule would permit.  He finished 2nd in national sportsman points in 1959, 4th in 1961, 5th in 1960, 6th in 1957 & 1958, and 8th in 1956. 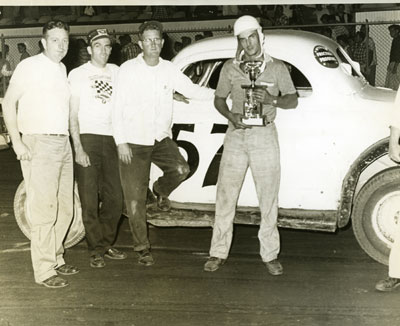 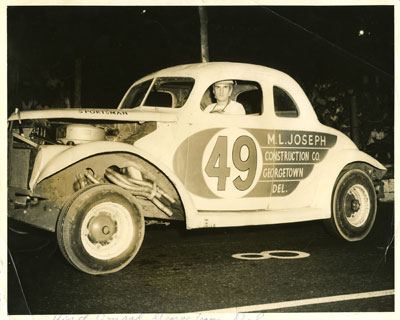 Vince was a terror at Georgetown, DE in Mel Joseph's #49.  Joseph is best-known as the builder and promoter of the ‘Monster Mile' at Dover, DE 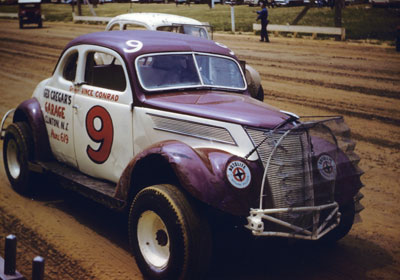 In the early 1960s, Vince began to stay closer to home, content to run the local dirt tracks like Nazareth and Allentown, PA, Flemington, NJ and Middletown, NY.  As the modified stock car purses increased in eastern Pennsylvania,  Vince concentrated on the half miles at Reading and Nazareth, with occasional special events at Allentown.

Vince won a Reading Stock Car Association feature on August 30, 1963 in Dick Meals' #44, but his racing career essentially came to an end on Friday night, May 3rd, 1964 when he flipped the Meals #44 at the end of the Reading backstretch, snapped off a utility pole, and sustained serious injuries.  Vince retired after a pair of 1965 Reading outings.

After his retirement, Vince remained keenly interested in local modified stock car events.  Vince was a supporter of EARHS, making his scrapbooks and photos available for scanning to increase the EARHS library, and enjoyed  spending time with his racing pals from his years in the limelight.  The steering wheel from his final ride at Reading is on display at EARHS along with a photo essay of his career, both local and on the beach at Daytona.  Vince often spent considerable time in front of his display, no doubt reliving the highlights of his career.  RIP, good friend. 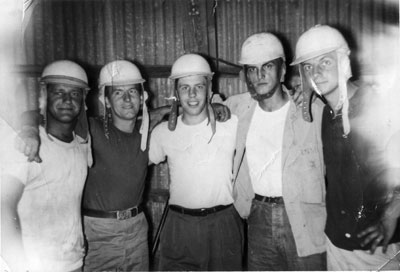 Charlie Miller, Freddy Adam, Walter Delcamp, Vince Conrad, and Mally Balthaser were among the members of the ‘Kutztown Gang' at Dorney Park in 1950.  The group remained intact until we lost Vince more than sixty years later.